Police Bleep Test and Job-Related Fitness Standards You Should Know

Are you dreaming of a career in policing? The first milestone is to pass the police bleep test and comply with the other job-related fitness standards (JRFT) required by the police forces.

Initially, the JRFT consisted of two assessments testing a candidate’s endurance and upper body strength. The latter was withdrawn in 2016, so you only have to pass an aerobic resistance test that assesses the physiological demands of personal safety training.

Successful completion of the JRFT is necessary for the recruitment of a police officer, meaning that all candidates have to pass this assessment to get a career chance.

What is the role of the JRFT?

The standard is the same for recruits and police officers alike. Not only will you have to pass the test to enrol in the College of Policing, but you may also have to retake the test each year if your role as an officer requires personal safety training.

In addition to the standard fitness test, the Chief Constables’ Council agreed on new JRFTs for specialist posts. The measure was implemented in 2012, and its role is to replicate the real physical demands of the role in possible scenarios.

One of the most commonly recognised police tests is the 15-metre MSFT, also known as the police bleep test. It involves running back and forth a 15-metre track in a series of shuttles. You must complete each shuttle in a pre-determined amount of time marked by a beep sound.

The test has five levels, each of them consisting of a number of shuttles. The first level is the easiest, requiring you to complete each shuttle in 6.9 seconds or less. The fifth level has the lowest number of shuttles, but the time for each is 5.5 seconds, which is the required standard. The test takes 3.35 minutes and covers 525 metres from start to finish.

If you want to train for the bleep test running the required number of shuttles in the required time, the table below can help:

Practising for the Fitness test

The key to passing your assessment is practising. You can use a recording of the bleep test or set timers at the intervals highlighted above – you may need a training buddy if you plan to use a timer instead of a recording.

Even though you can train anywhere, it is best to find a 15-metre track in a lcoal hall or open area that mimics the police’s bleep test track conditions.

Set up a timer or hit play if you’re using the bleep test audio recording. Run back and forth the 15-metre track and stop at the end line if you complete the shuttle before the beep sound. Once you hear the sound, continue running, adjusting your speed to maintain rhythm.

Count the number of shuttles for each level. Remember that level five consists of only four shuttles, but you must complete all of them in the allotted time to pass the test.

Training for the MSFT

Knowing what the police bleep test consists of is the first step towards passing the recruitment test. However, you should only run the shuttles for practise, not to train for the test.

The successful completion of the bleep test depends on your overall fitness and endurance level. For this reason, you should follow a strict exercise routine that allows you to train different muscle groups and increase your overall strength. Here are a few tips:

Chester Treadmill Police Walking and Running Test: An alternative to the bleep test

If you suffer from lower limb injuries that prevent you from turning at the end of each shuttle, you may be able to take the Chester treadmill police walking and running test (CTPWT and CTPRT). This alternative test was introduced in 2016 and can be offered as an alternative to the bleep test at the discretion of the individual forces.

For the CTPWT, candidates are allowed a suitable warm-up and are then required to walk on the treadmill at a pace of 6 kilometres per hour. The gradient is raised every two minutes, reaching from 0% to 8% by the end of the test.

The CTPRT is the same, but the pace is increased to 10.4 kilometres per hour.

Conclusion – Down to You

Whether you want to train for the police bleep test or take an alternative test to enrol into the police forces, we hope this guide can help you achieve your goals.

The best way to actually pass the test is practise! practise! practise! This can be achieved by purchasing a audio of the best test to use almost anywhere. Then all you need is an open space 20metres apart to improve on your fitness.

Blue Light Insurance – Save up to 15% on Life Insurance 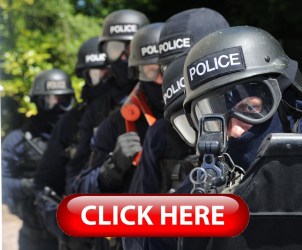